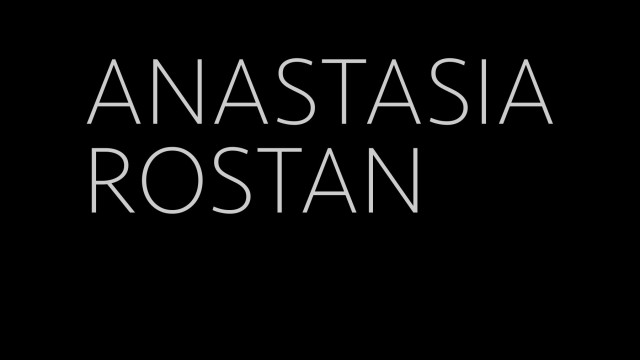 Originally from Tetouan, Moroccan artist Younes Rahmoun is a visual artist who expresses himself through installation, sculpture, photography, or, more recently, ceramics. His work is characterized by its great simplicity, which should not, however, conceal its richness and complexity.

A part of Younes Rahmoun’s works can be read through the prism of his faith, without requiring limiting their reception to this aspect. Quite the opposite. For example, one could perceive in certain works a proximity to classical Islamic art, an influence the artist does not deny. “It influenced me a lot when I was in art school, it always stayed in my head, but now it is beginning to come out in my work,” he remarks. The artist is thus particularly attached to the floral motif, one of the preferred ornaments in Islamic art. And the large installation, Zahra-Zoujaj, a cupola made of colored glass flowers and acquired by Doha’s Mathaf, recalls the ceilings of the Nasrids’ palaces.

In the last few years, the artist has proposed several variations on flowers in glass, ceramics, silkscreen, and videos. These last ones, numbering 77, are imaginary flowers that the artist created from a round and full center, representing perfection, out of which the petals emerge, as deformations of this perfect circle. It beats like a heart in the video version, a fixed point as the chain of petals fades, the unity in this diversity. The number is evidently not left to chance and it corresponds to the 77 branches of the Muslim faith that were exposed by exegetes of the prophet’s speech. Other works are associated with the number 99, the number of divine names in the Qur’an. Attached to the principle of the series, which he often uses, the artist confides that he chose these numbers in a way that delimits them, but that this decision is loaded with symbolic significance. Numbers assume an importance dimension in the artist’s work, which is attached to the odd number. For him, this is an opening to infinity: there is always a transcendent principle (+1) that assures the complementary pair’s harmony.

In a work that has not yet been exhibited, Zahra-Khazaf, Younes Rahmoun interprets the 77 branches of faith in the form of colorful flowers, arranged in ten enameled metal circles, encircled with a pink color that is both translucent and pearly white, which for the artist evokes a matrix. Made in the Ligugé Monastery in the 2012, these flowers are the result of a spiritual approach. The arrangement of the flowers on disks responds to a studied logic, with each grouping guided by a center as if by a principle, another way of inscribing the spiritual in the material. We can also think of Badhra and Darra, the pared down drawings that constitute for this Sufi-inspired artist a real spiritual exercise founded on repetition, which has the incantatory value of prayer. In a filmed performance and in a position of prayer, the artist intones 99 times the word wahid, “the unique,” which corresponds to the founding principles of Muslim dogma. The artist’s videos, variations of this, call for meditation.

But if they emit great serenity, Younes Rahmoun’s artworks result from a deep tension and very rigorous questioning. They are the reflection of a religious experience that necessarily escapes representation, materialization. The artist’s entire approach consists of finding aesthetic, plastic solutions to interpret, to share, that which is of the spiritual and divine order. To translate into form what has no form: with traces on paper, with color, with light… The seed motif could also be read as a variation on this theme: the seed is visible, but hides and contains something we cannot see.

Islam thus appears as one of Younes Rahmoun’s major inspirations, but it is perhaps necessary here to think literally: the artworks are nourished by the artist’s life and everyday, which are very marked by the faith with which he breathes. However, if he endeavors to foreground it, not to represent it but to suggest its presence, his goal is not to make Muslim art. Islam impregnates the creative practice of this deeply believing artist, but we cannot speak about a religious art. Moreover, with the exception of Wahid, the evocation of dervishes, and others, the references to Islam are limited to numbers or are hardly made explicit. The numbered references could certainly seem esoteric to non-believers. But beyond the religious interpretation, and beyond simple material appreciation for these delicate artworks, it is necessary to position this spiritual path within a more general dimension.

To this end, the artist’s words about his preference for green are illuminating. Certain see in it the color of Islam, but if the artist does not reject this interpretation, it is the not the reason why he has affection for this color. It is its material value that is of decisive: for him, this intermediate color expresses equilibrium, serenity, and thus internal paradise. Similarly, the artist always inscribes his work within a Muslim temporality and the global calendar, dating them with both Hegira and Christian years. All of his work tends to the universal, and a specific religion’s inspiration meets a vaster spirituality. For example, the pared down and contemplative dimension of this works approach Sufism just as much as they do Eastern Zen.

It is this pared down dimension that in fact permits anyone to approach his artworks. Younes Rahmoun effectively privileges forms and motifs that are evocative for all: flowers, but also seeds and atoms that are all variations on the circular form, boats… A seed’s germination as an image of spiritual progression: here is what can speak to anyone. It is the everyday that inspires the artist, who finds a dimension common to the human condition in familiar gestures and objects. The very beautiful photograph series, Darra, testifies to this. The artist produced tiny spheres using materials gleaned during personal experiences: tape from old family recordings, cigarette butts, candy wrappers, etc., and inscribes in time these tiny recordings of ephemeral moments by photographing them in large formal, like atoms floating against a white background. The tiny and the insignificant become a precious “trace of space-time,” in the artist’s words, a kind of haiku even. The autobiographical part of his inspiration turns abstract, taking a more universal form and changing into a philosophical mediation on the place of these nothings that are everything. Younes Rahmoun’s first works also addressed this double dimension of the familiar and the universal, initiating a series of ghorfas, a private room that reproduces the reduced dimensions of the artist’s very first studio; this space of creation becomes in turn a meditation space for the public.

The Harmony of Contrasts

As simple as it appears, the artist’s work always seems shaped by a tension between the most opposed poles. If the artist expresses himself with abstract forms, like the circle, they take on a concrete and everyday dimension in Darra, which connects the tiny and the ephemeral to the immense and the infinite. Just as in the play with scale, by enlarging, a tension is at stake. The simplicity of the result masks a complex process of choosing in which every element is weighed.

Similarly, we could hesitate to qualify an artwork as accessible in its playing with key symbolic numbers, and yet nothing is more immediate and more familiar than these flowers and seeds. We could also consider the double reading of Islam exposed by Sufism, which differentiates between two paths, the esoteric and the exoteric. However, Younes Rahmoun’s work, turned towards meditation, folding into oneself, is always soliciting interaction, dialogue – hence his choosing installation, that into which we enter. The encrypted dimension calls for commentary, and it is not a reference that excludes but rather which favors exchange. The artist never retreats from the world, but shares his experience through teaching and promoting the visual arts in Morocco; he is very invested in organizing artist residencies for example. Politics are not absent from his reflections.

In bridging the finite and the infinite, in prompting dialogue between the traditions of his Moroccan and Muslim culture and the human universal, between eternal symbols and contemporary technology, the work of Younes Rahmoun constitutes an original experience of spirituality in the panorama of contemporary art.

by Anastasia Rostan, published in Les Cahiers de l’Orient No. 112 – Autumn 2013
Translated from the French by Emma Chubb