“Wahid” is the title of a performance that took place during the opening of the exhibition, “h+m=10,” at the Warande Cultural Center in Turnhout.
For this performance, only the artist’s hands emerged from the black djellaba he wore, its hood covering his head and face. Sitting cross-legged on a square of black fabric placed on the ground and facing Mecca, Younes Rahmoun chanted the word “wahid” 99 times in 99 seconds in a medium tone of voice. Only his fingers moved, marking the 99 words, one per second.
The video came out of this performance, both artwork and trace in the exhibition.
The installation included a screen positioned in the direction of Mecca that showed to-scale images of the artist’s two hands, clearly illuminated and placed against the background of the djellaba’s black fabric so that that the viewer can see them distinctly as they count out the 99 words, “Wahid.” 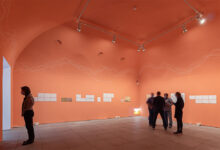 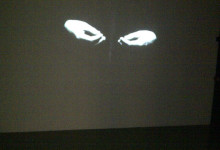 Neighbours – Contemporary Narratives from Turkey and Beyond 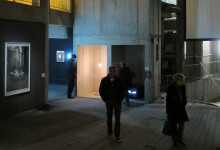 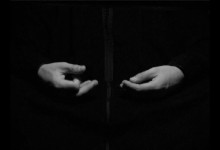 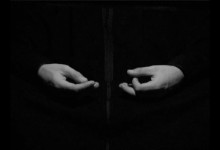